Once outfitted with their gear, incoming midshipmen get instructions on military proceedures during their first day at the U.S. Naval Academy in Annapolis, MD. Approximately 1,230 young men and women arrived at the U.S. Naval Academy's Alumni Hall, Thursday, July 1, for Induction Day to begin their new lives as "plebes" or midshipmen fourth class (freshmen). "I-Day" culminates when the members of the Class of 2014 take the oath of office at a ceremony at 6 p.m. in Tecumseh Court, the historic courtyard of the Bancroft Hall dormitory. Over 17,400 young men and women applied to be members of the Naval Academy Class of 2014 - a record for USNA. 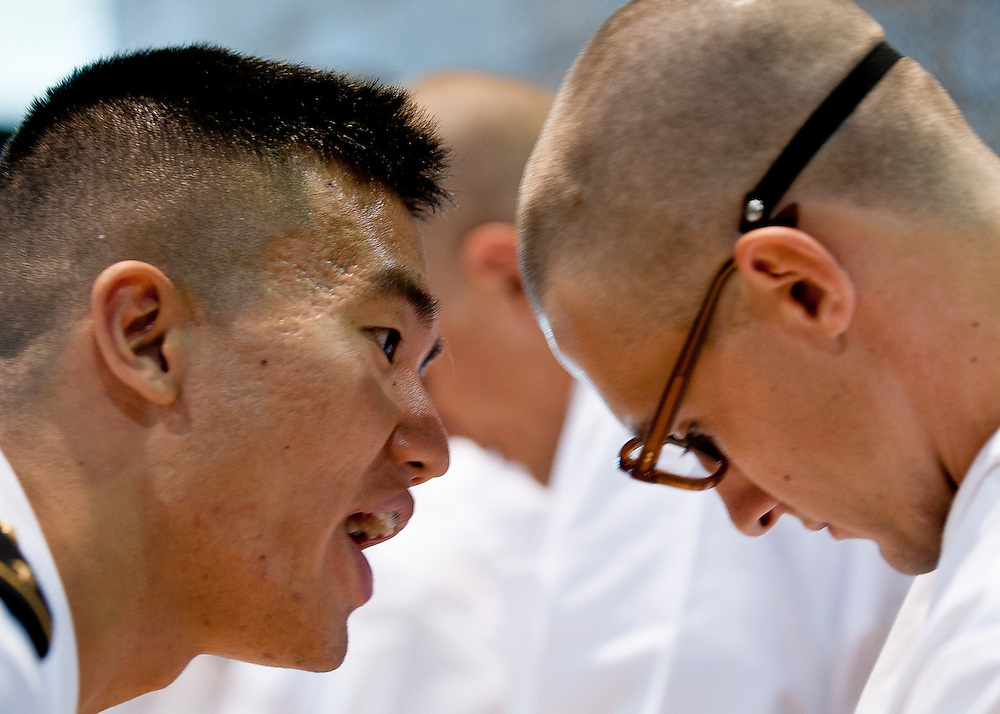